Our first day on location for our new film! 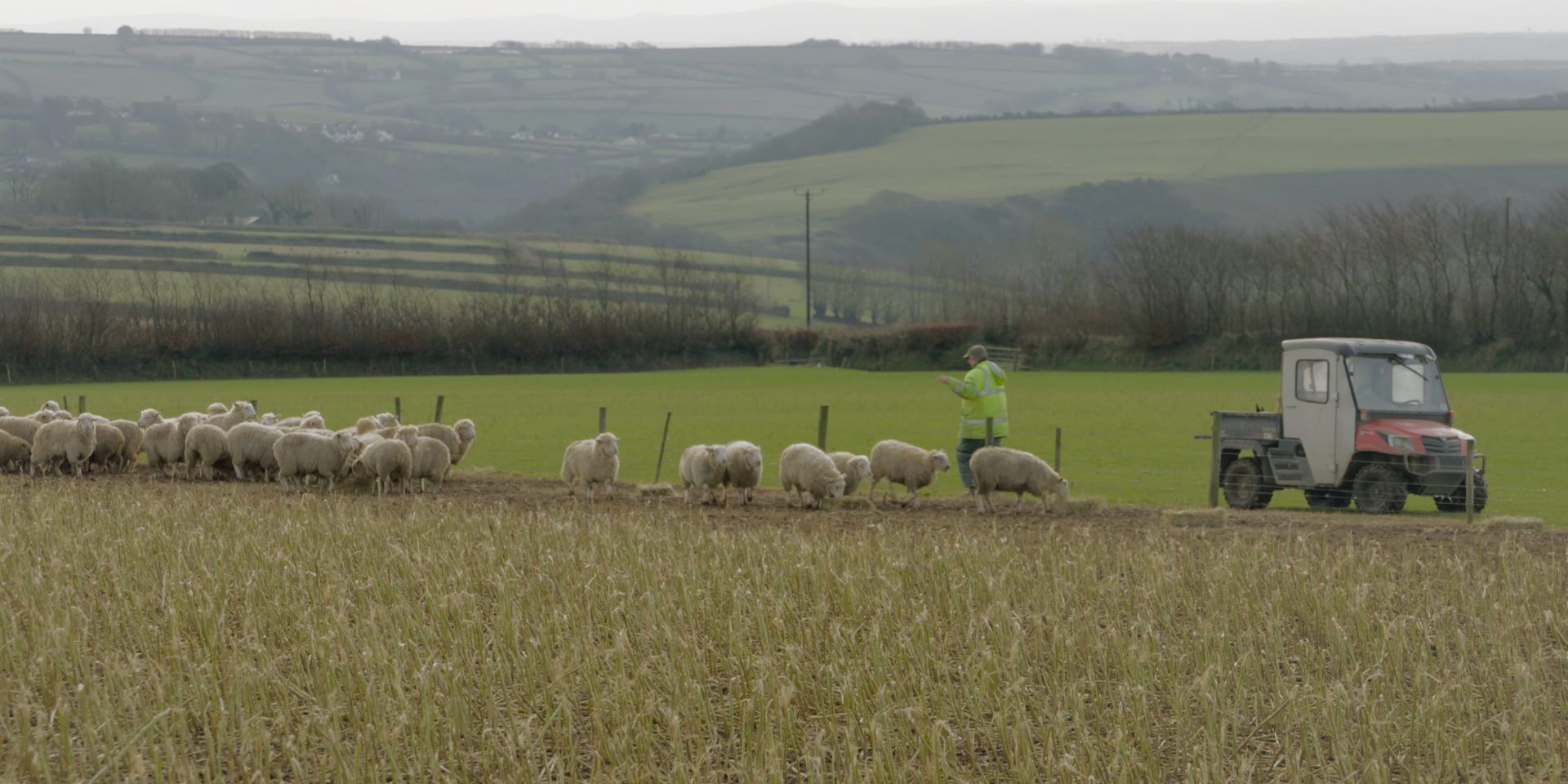 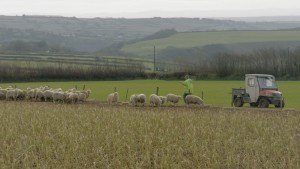 Andrew Mather at the top of his farm

Hurrah! The sun is shining and we are out on location on an Exmoor hill farm, 1000 feet above sea level, at the top of the river Yeo catchment, looking across to Dartmoor. Turn the other way and I can’t quite see the Taw & Torridge estuary – there’s a few hills in the way – but this is where our story may end – at the sea. Exciting times as I write my first blog for Butterfly Effect Films. I thought I’d be writing about our website or plans for the kind of films Simon and I would like to make -but instead we our busy with our first commission. 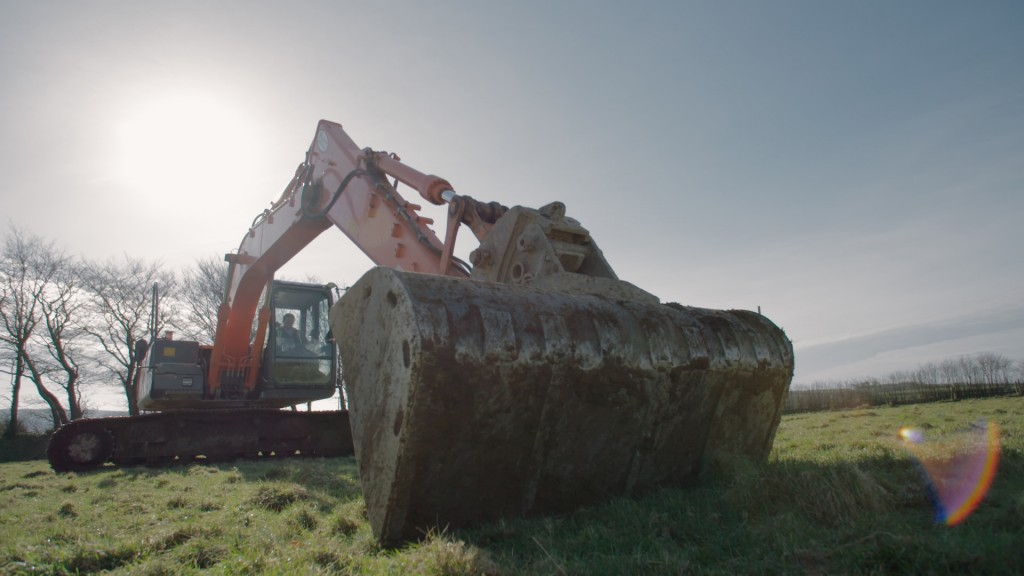 We are filming farmers doing their bit to stop fertiliser from the fields or muck from tractor tyres and the yards from getting into the rivers and heading out to sea. Today’s farms have expensive pumps and slurry pits to stop major pollution reaching the rivers. But in North Devon many farms are in hilly areas where it rains an awful lot. Rain gathers up the scattered bits of muck and sediment known as ‘diffuse pollution’ from fields and odd corners of the farm and carries it downhill towards the nearest stream. The North Devon Biosphere team’s estuary project offers advice and grants to farmers. They can build simple pathways and ditches to divert this run off into tanks and small ponds where the sediments settle out and the flow of the water gradually slows – good for the farm – good for wildlife – good for the river -good for preventing flooding. 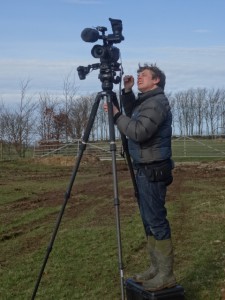 Simon getting some height on the ponds

Like our boat stories films (where we told the story from the fishermen’s point of view) the farmers are telling this story -from their point of view – while they are out and about working on their farms..

So I don’t have to worry about tides but I do want good weather to film outside – and there hasn’t been a lot about lately!  When I first met Andrew Mather on a recce, his hill farm was bathed in a thick drizzling mist. We could barely see the barns in front of us let alone across to Dartmoor. The day we were due to film the diggers starting work creating ponds heavy rain was forecast.  I was tempted – filming in rain would tell part of the story – but Andrew wouldn’t want to move stock if it was wet – and everything and everyone would look grey and miserable!  “We could start digging the ponds tomorrow,” Andrew said about 7pm one evening” if you don’t mind working around the electricians who are laying cables across the yard.” I was in Norfolk at the time – and Simon was out with Neil practising operating the drone which we’ll be using for this film. It takes several hours to prep everything for a film – Simon has to sort, test and charge his kit and I have to be ready with release forms, interview questions, shot list, knowing what we need to tell the story. But the forecast was morning sunshine – the calm before the storm. ‘Let’s go for it!’ we agreed. 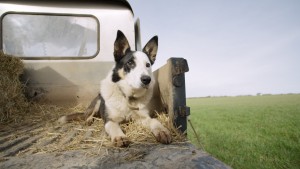 Benjy the working dog aka the wild teenager

And so back to the top of that hill – where the sunshine is already dancing in and out of the gathering clouds – testing our continuity almost as much as Benjy – Andrew’s ‘wild teenager – the one who is supposed to be the working dog!’ jumping in and out of shot. He leaps straight out of Andrew’s buggy, over the fence and the sheep we wanted to film race to the far side of the field. Benjy does come straight back to the whistle though.. I’m impressed. Down in the yard, we face the same issue with brilliant sunlight pouring into the black hole of the barn where Andrew is feeding hundreds of ewes and lambs kept indoors over winter. And Bruno the ‘fluffy dog – the one who wants to be a film star’ is jumping hurdles, trying to help coral the sheep. 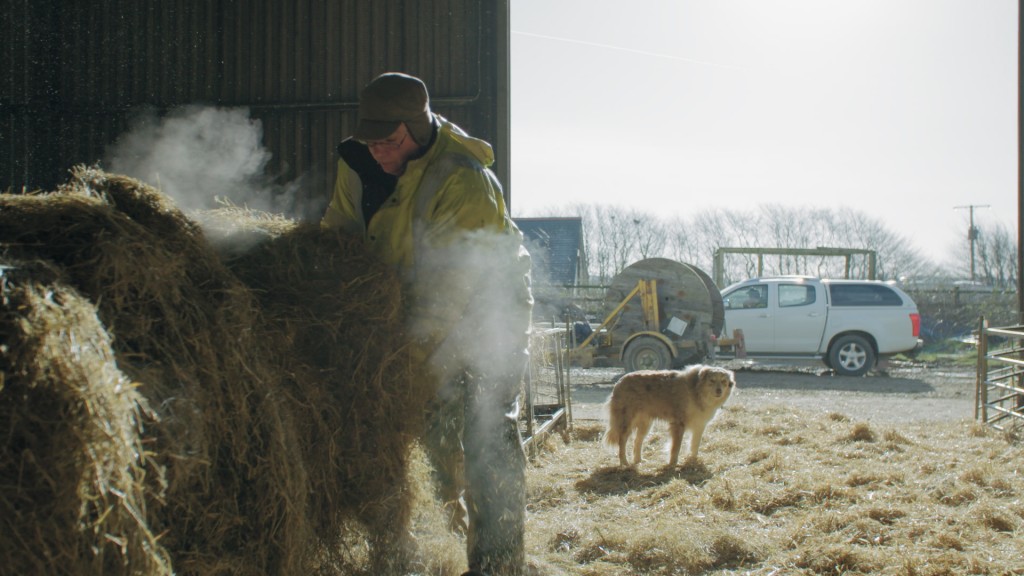 Andrew with the ‘fluffy dog’ Bruno

Andrew it turns out is an old softy…. He and his wife have rescued several animals over the years and between feeding sheep, laying pipes, managing the contractors, the electricians and neighbours who turn up to borrow tools -Andrew introduces us to Bubble and Squeak the rescued potbellied pigs, Trojan and Cookie the alpacas whose job is to help protect the sheep, the goats, the miniature ponies and the new arrival Gerald the donkey. ‘I’m learning fast,’ Andrew laughs as he puts Gerald’s rug on. ‘Dressing up ponies is new to me.’ In a short film which is supposed to be about digging wetlands I’m not sure whether this menagerie will make the final cut – but the rescued animals and the dogs do their best to steal the show! While Andrew goes inside for a quick lunch, Gerard makes another bid for stardom, deciding to show the ducks who is boss, he proceeds to chase them around the field.. And Simon abandons his lunch and tries to catch them all on camera.. 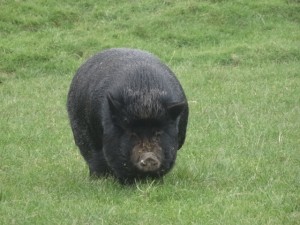 The interesting thing about telling this kind of story from the farmers point of view is that you learn not only about the benefits for the river and the wildlife – but the benefits to the farm itself. And it turns out all those re-homed animals are relevant to the story – if we can just squeeze them in.

Huge thanks to Andrew Mather for fitting us in on such a busy day and to Andrew and Sam the contractors – the dogs and all the other animal stars. Now we’re waiting for another break in the weather which dovetails with a chance to film on another farm..   To get updates on this or other stories follow Butterfly Effect Films on facebook or twitter. Thanks to Simon Vacher for a brilliant first day – hopefully of many – on our new adventure!

For more information on North Devon Biosphere and catchment sensitive farming or the Estuary Project www.northdevonbiosphere.org.uk 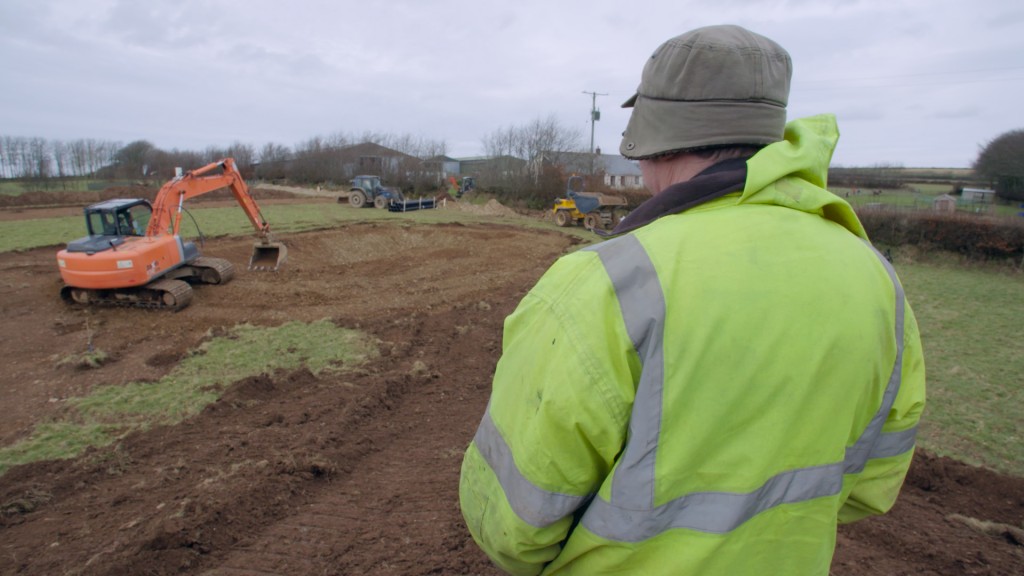 Devon mum talks about losing her son at sea in short film for BBC
January 12, 2018

ANOTHER SUNNY DAY ON LOCATION
August 5, 2016
Go to Top